Where the City Has Memory

2011, Chicago and Talca, Chile
book, desk from the University of Chicago
The book, Donde La Ciudad Tiene Memoria, was gifted to me from a resident when I visited Chile.  I used the diagrams in the book to fabricate a replica architectural detail from a mid-century desk from the University of Chicago.  I was uncomfortable and cautious about my role in Chile as part of a humanitarian architecture project, not wanting to continue the economic imperialism of Chicago in Chile. 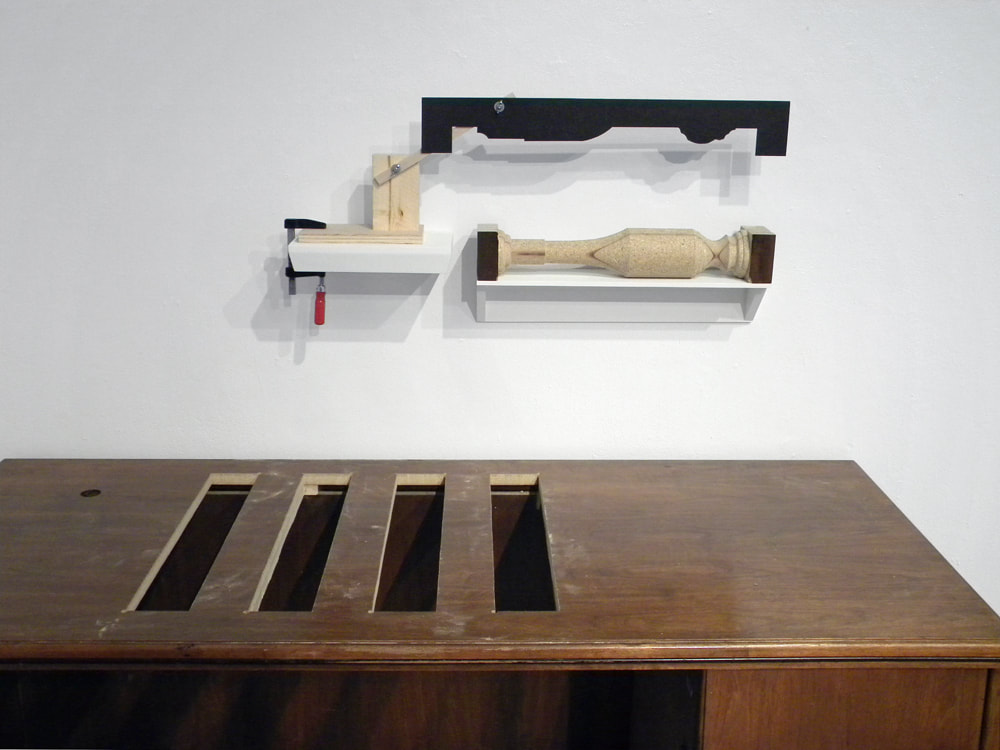 Sphere of Influence (Far South Side) 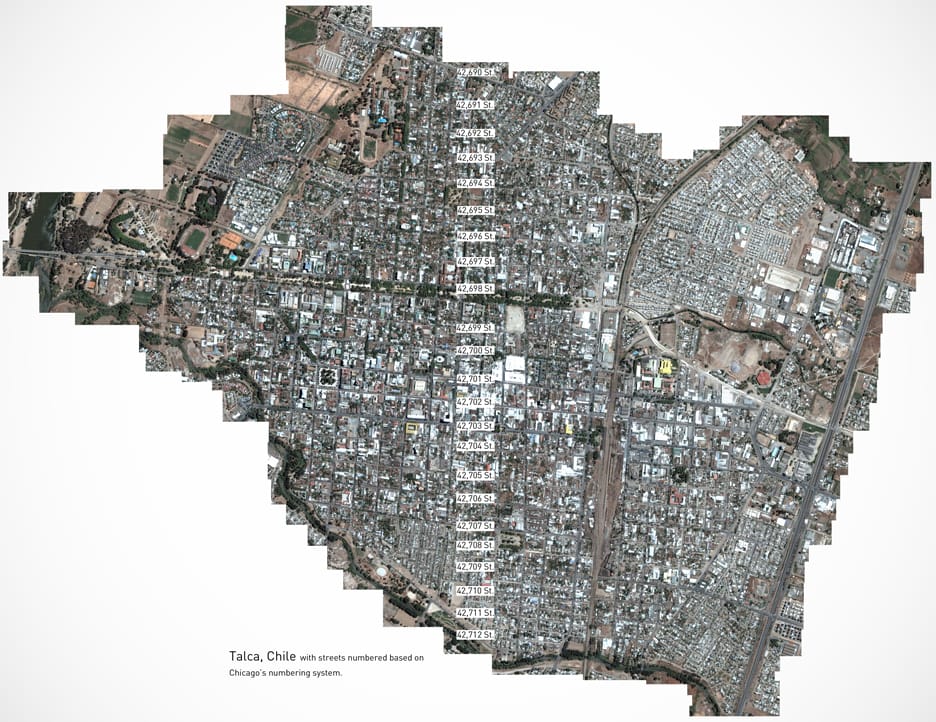 The city grid of Talca, Chile was a imposed by colonial power, but also aligns with Chicago along a north-south axis.  I continued the numbering system of Chicago's streets all the way to Chile, ending in 42,712th St.  The map is constructed of hundreds of Google Earth screenshots stitched together, to generate a high resolution image.