Back To The Future

2009-2010, Greenville, North Carolina
collaboration with Lillian Outterbridge, Freddie Outterbridge, and Jonathan Cobbs
intervention into public process
In the 1960s the city of Greenville destroyed the historic neighborhood of Shore Drive and relocated residents into public housing. The last remaining building, Sycamore Hill Baptist Church, was burned to the ground by arson, prompting the relocation of its cemetery. With funding from the federal governments urban renewal program, this redevelopment was part of a larger movement to dislocate historic black neighborhoods that were often deemed blighted. We have been actively participating in city meetings to establish a historical legacy of the Shore Drive neighborhood on the site where it once stood. Currently, there are plans to build a historical museum or monument into the site of the Sycamore Hill Church footprint, and the general approval of the site has been approved by city council.
The bell tower of Sycamore Hill Church was the last remaining structure from the Shore Drive Neighborhood.  Our proposal is to rebuild the bell tower, allowing visitors to climb to the top and see an overview of downtown Greenville. 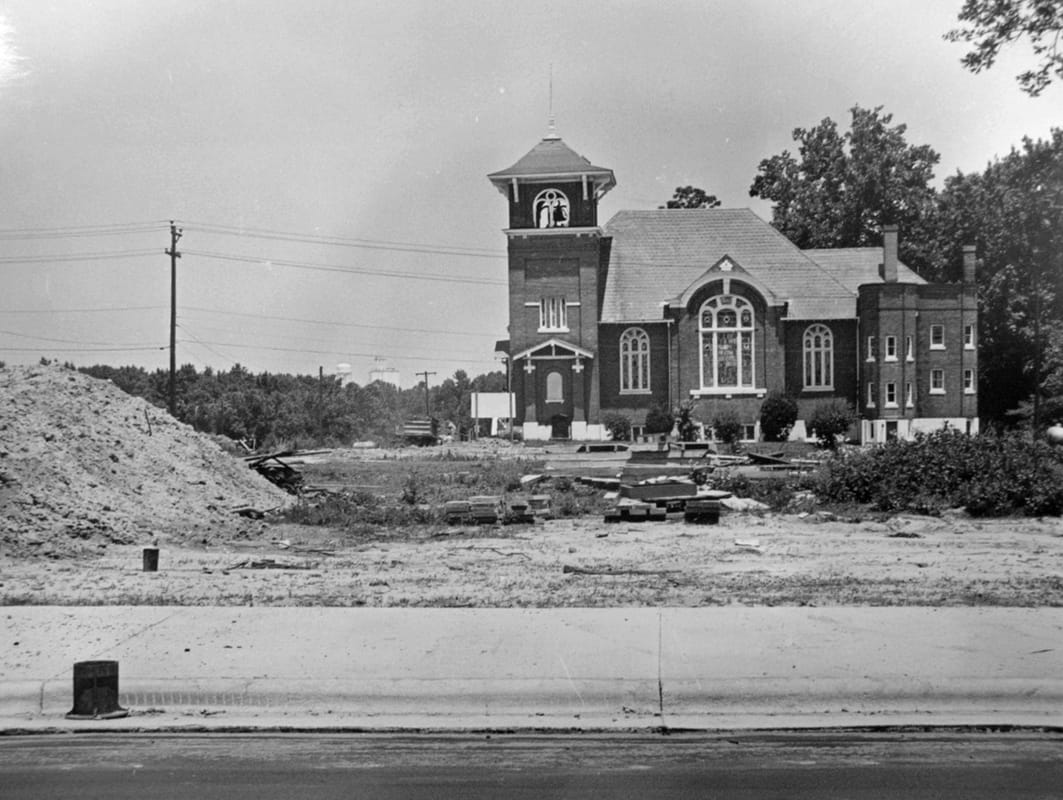